Clothes. We love them. Whether you are a big spender of the top of the line, fresh off the runway garbs, or the BOGO bargain shopper, your clothes all have one thing in common: chemicals. Sometimes, your clothes can literally make you sick. There have been plenty of documented cases of severe reactions to chemicals used in certain clothing. Clothes with formaldehyde either in the fabric or as a resin can cause topical reactions such as severe rash, bloody nose, or cracked and swollen lips, or systemic health issues such as asthma, edema, and even damage to the central nervous system.

Formaldehyde: Not Only in Biology Class?

Formaldehyde. That same chemical used to preserve those animals in jars in your high school biology class. The same chemical used for preserving corpses is also on your clothes. Not sure if your clothes might contain formaldehyde? Formaldehyde can be found in clothing that is advertised as having a “wrinkle-free finish,” and also in fabrics claiming to be water, mould, mildew, or perspiration resistant. Even clothing labeled as “100% cotton” can oftentimes be coated with a resin composed of formaldehyde. Suede and anti-shrink wool also typically contain high levels of the chemical.

Chemicals are the New Denim

Jeans are one clothing item that is particularly ridden with toxins when worn right off the shelf. During every step of the production chain of the process of making jeans, some type of chemical is used. By the time jeans get to stores, their fabric has already been treated with chemicals to make the cotton stretchier, to dye it to the desired colour, to make it stiff enough to go through a loom, to bleach it, and to coat it with a finish.

Some chemicals that can be found in the process include acrylic, caustic soda, synthetic dyes, ammonia, polyvinyl alcohol (PVA), acid, and formaldehyde in the form of acrylic resin. Jeans are usually made with finishes that are meant to help the jeans maintain their look without getting worn down. In addition to being harmful by themselves, these finishes actually lock the other toxins that were used in the process into the jeans as wells.

Manufacturers don’t set out intentionally using chemicals that are dangerous to consumers. They instead are drawn to them because of the attractive qualities, such as ease of care and durability, they can add to the product they are selling. Of course, their primary goal is to sell their product and make money, and many of them will do what it takes to accomplish that goal, even at the expense of their customers’ health.

Chemicals present in jeans and other fabrics are absorbed through the skin, even if you don’t sweat in your clothes or go out in the rain, and even if you can’t see it happening. That means that whatever toxins your jeans were made with are ending up in your bloodstream. This cycle occurs all because of aesthetic appeal and the manufacturer’s desire to produce an attractive, profitable product.

Many new clothing odours are due to the presence of chemicals that have been applied to the fibers. This may have occurred during the plant’s cultivation, or later during milling and manufacturing. For example, a non-water-soluble form of formaldehyde has become a common chemical treatment applied to some 100%-cotton items. Undergoing this process provides permanent wrinkle-resisting qualities. Realistically, non-water-soluble formaldehyde odours can be difficult if not impossible to significantly remove. The best advice is to avoid buying items with wrinkle-resisting treatments in the first place.

While the use of formaldehyde as a wrinkle-resisting compound is fairly well known, fewer people are aware that other items may have similar chemicals in them. That’s because some dyes and sizings also use bothersome chemical compounds. What is sizing? Sizing is nothing more than a temporary, stiffening glaze. Its purpose is to help retain the original shape of an item, so its appearance remains attractive to potential purchasers.

The Dangers of Formaldehyde Exposure

Being in proximity to these harsh chemicals comes with consequences. Most of these consequences are related to our overall health and wellbeing.

Exposure to formaldehyde can cause both serious short-term and long-term health consequences. It is a known carcinogen. Carcinogens are chemicals that are known to cause cancer.  In the short term when formaldehyde is inhaled in significant quantities, it can be linked to symptoms such as a sore throat, itchy eyes, nose bleeds, and cough. What may be enough exposure to cause serious symptoms for one person may not necessarily cause any symptoms in another individual - some people have higher sensitivity than others to the chemical.

The most serious long-term danger of formaldehyde exposure is cancer, in particular, cancer of the nose and throat. It is not agreed upon exactly how much someone must ingest or over what period of time in order for cancer to be likely to occur, but in general, the longer the exposure and the higher the levels, the greater the risk. Even if you do not develop symptoms early on, the exposure to these chemicals is still affecting your health. Even if the symptoms don’t manifest at the get-go. 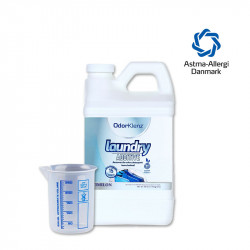 Absorbs and neutralizes odours and chemicals in your laundry Fragrance-Free No other products in the market offers this advanced technology Certified by Asthma-Allergy Denmark, »The Blue Label« Sufficient for 60 small (4 kg) or 30 big (8 kg) laundries Dosing cup included 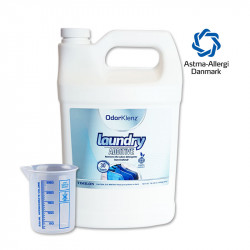 Absorbs and neutralizes odours and chemicals in your laundry Fragrance-Free No other products in the market offers this advanced technology Certified  by Asthma-Allergy Denmark, »The Blue Label« Sufficient for 60 small (4 kg) or 30 big (8 kg) laundries Dosing cup included 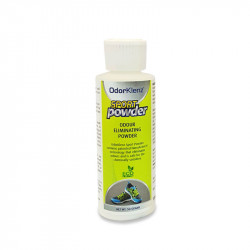 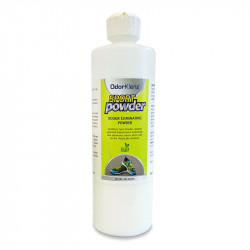 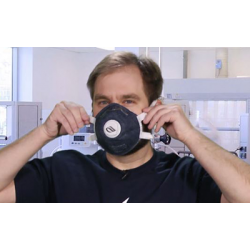